Kitesurfing in Cayman Islands? Grand Cayman offers pretty consistent winds from November to April and some of the most impressive landscape backdrops.
share it
tweet it
Jump to
Kitesurfing spots in Grand Cayman 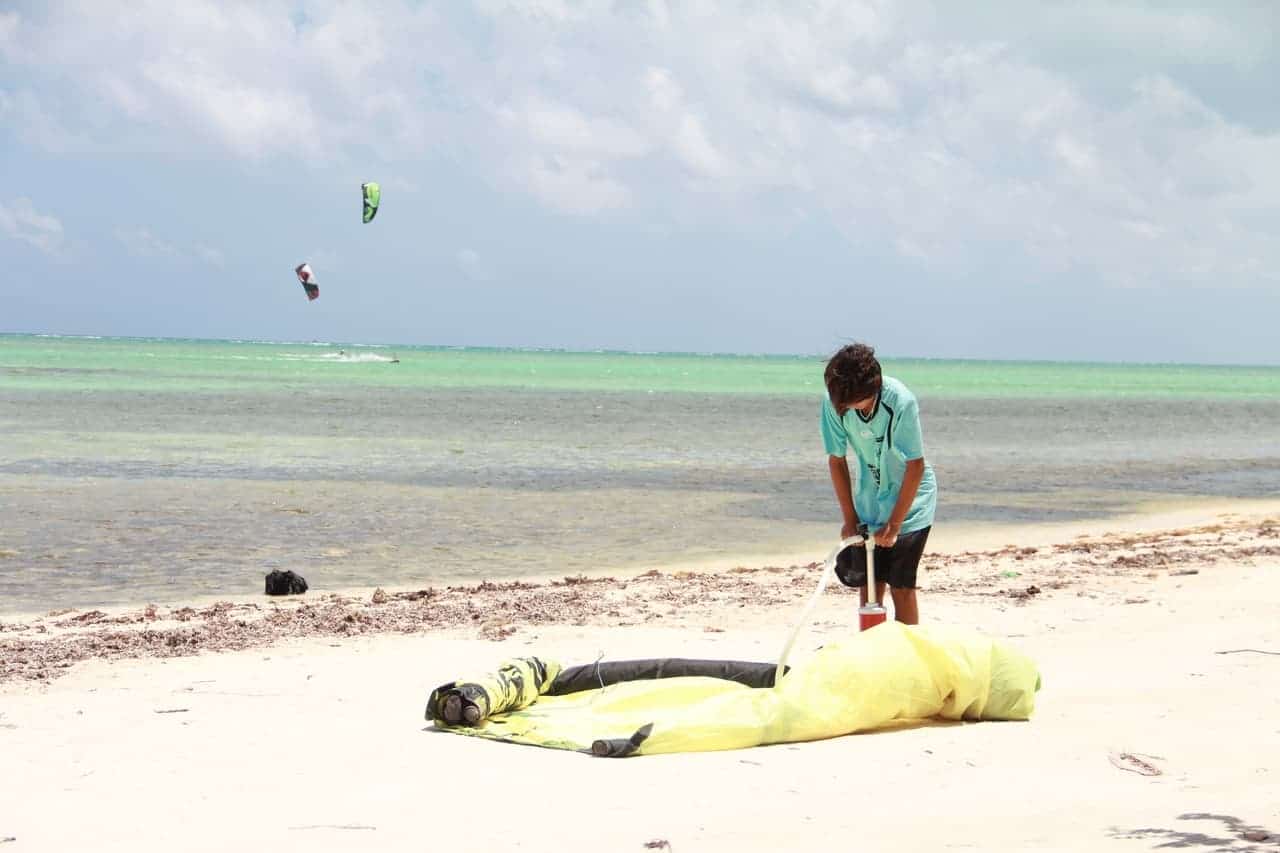 The Caymans may be best known for its 600 banks, including 43 of the 50 biggest ones in the world, but this fascinating Caribbean island isn’t just about banking, investments and insurance. How about kitesurfing in Cayman Islands, huh?

The Cayman Islands, consisting of Grand Cayman, Cayman Brac and Little Cayman, are a British Overseas Territory in the western Caribbean Sea, just south of Cuba.

They can be a way to escape, but not from taxes: Grand Cayman’s natural beauty attracts many visitors throughout the year and there is a great variety of activities for adventurers to choose from.

Scuba diving and snorkelling are the most popular, because of the untouched coral reefs and the numerous shipwrecks in this area. Kiteboarding has been increasingly popular in recent years, since kiters discovered the warm waters of the Caribbean and the consistent winds blowing in this part of the archipelago.

Being relatively close to Miami, Florida, the Grand Cayman is accessible mostly to American tourists and there are many flights to its capital Georgetown.

The Cayman’s are starting to be a very popular destination lately for its ideal, almost perfect, weather conditions for kiteboarding. There are many protected bays in the island with enough space for kiteboarding and suitable for all levels of experience.

You should schedule your trip to the Grand Cayman between November and April, possibly half May, when the trade winds blow consistently at about 20 – 25 knots. These conditions are usually promising a great kiting experience. You’ll come across the strongest winds from the end of December till April. And for the rest of the year, temperatures are high, but the winds are just too weak for kiteboarding. But there is still plenty to do on the Island like getting out on stand-up paddle or swimming with the rays.

There are some pretty good kitesurfing spots on the island. Most folks go to the southeast coast of the island called “East End”, where the wind is pretty consistent and blows cross onshore. Due to the curvy shape of the coastline, the wind stays onshore for the most of the day.

The spot is made up on a large lagoon with water mostly only about a waist deep. That goes for about 100 meters offshore. The water is flat inside the lagoon, making it an ideal spot for the beginners and freestylers. The whole lagoon is bordered by the reef about 1km offshore and so that’s where you’d find a few waves if you ride further out into the sea.

You will catch a good ride in the Nort-west of the island at the Barker’s Beach aka West End. This spot sits right in the middle of the Barker’s National Park, away from the buzzing George Town and the Seven Mile Beach. It’s spacey, it’s quiet, it’s beautiful and it’s a place to be on a good day. The wind is clean, cross on-shore and the water is shallow due to the reef enclosure. Great spot for beginners and if you sign-up for kitesurfing lessons in Grand Cayman, there’s a really good chance that you’ll be practicing on Barker’s Beach.

On the North-east of Grand Cayman, you’ll come across to the Sweet Spot. Real gem and literally a true “sweet spot”. The North-east side of Grand Cayman has a large protected reef sound with various conditions ranging from flat shallow water to smaller chops and waves through the channels.

You can either look for the Colliers Public Beach and launch from here. Or head up north a few hundred meters from Colliers Beach to find a much smaller public beach. This is your Sweet Spot.

Rum point beach offers very similar conditions to Barker’s Beach and Sweet Spot. Reef protected lagoon with lots of space. There is a huge flat water lagoon between Rum Point and Starfish Point which offers great wind and semi-shallow water. But there are mostly private properties at this part of the island, so the launch and land areas may be quite limited.

The waters in the Cayman area are among the clearest of the world, so, as mentioned above, scuba diving and snorkelling are the best choice for a break, if the weather isn’t right for kiteboarding. Fishing trips are also organised, while golf, yoga and hiking in the Mastic Rail are pretty popular activities.

Prepare to eat lots of fish and seafood. Explore the many restaurants of the island and try dishes influenced by Jamaican cuisine. For those who prefer mainstream tastes, there are a lot of American-style places to eat and all the supermarket chains from the U.S.

As far as accommodation is concerned, try to find apartments rather than rooms in local hotels, which could prove to be too expensive in general. Look for places around Sweet Spot or Barkers Beach. There are many awesome places in the area and you’ll get a direct access to the water.

Checkout some other kitesurfing destinations in the Caribbean. See the guide to the best kitesurfing spots in Providenciales, Turks & Caicos or Cabarete in Dominican Republic.

Checkout some schools from Cayman Islands