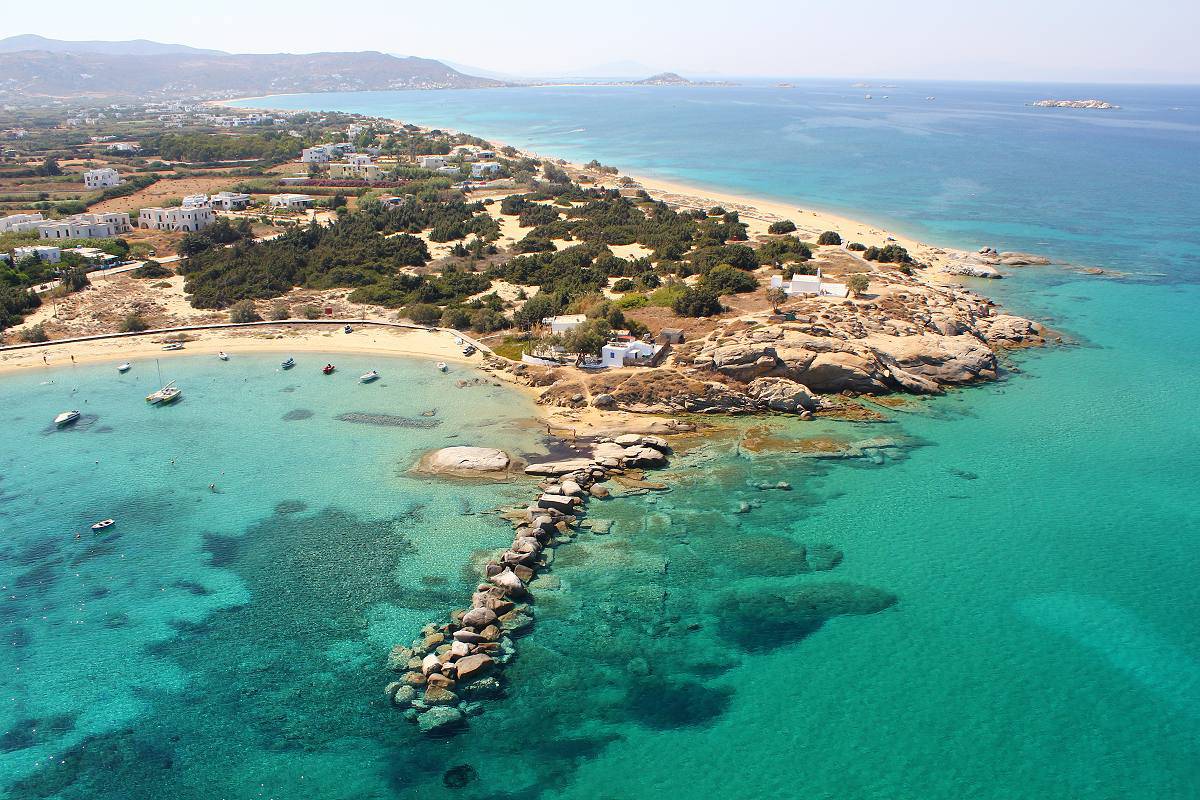 Explore the “Island of Gods”

If there is something we have learned about the gods of the Greek mythology, is that they knew all the secrets of good living.

The fact that two of the most popular ones among them, Zeus and Dionyssus, chose Naxos to grow up in, proves that the largest island of the Cyclades group in the Aegean Sea is worth the visit.

Kite-lovers would certainly appreciate it. Naxos is one of the windiest spots in Europe, as the winds blow there for more than 250 days throughout the year, at least at 15 knots.

Especially during summer, the northern wind known to Greeks since the old days as “meltemi”, ensures ideal conditions for kitesurfing and kiteboarding.

The big advantage is that “meltemi” is usually “stubborn” and “tireless”. It can constantly continue to blow for up to five days and then start all over again. Could you imagine better weather conditions for kiting? No way…

As far as the climate is concerned, you can expect it to be typically Mediterranean, with hot summers and not very cold winters.

You can reach Naxos either by boat or by air. There is constant connection to the ports of Piraeus and Rafina near Athens, as well as the international airport of the Greek capital.

If you haven’t got a car getting there, you should rent one from the local car rentals. Naxos is quite a decent size, so you’ll move around much quicker.

There are 2 main kite spots in Naxos.

Probably one of the best kiteboarding spots to be found on the island is Mikri Vigla, the bay with amazingly beautiful white sand and azure clear water. Kiteboarding season in Naxos runs all the way through May till September. The bay is quite small and could get pretty busy with the holiday makers sometimes especially in high season, August. So if you’re a beginner, just watch out for your fellow kiters and the peeps on the beach.
Mikri Vigla is easily suitable for all experience levels. The wind here is pretty consistent, mostly onshore, but could get a bit gusty at times and the water quite choppy, so you may get a bit of a bumpy ride.

No wind? Try the local cuisine!

Even if you return there again and again, there is always going to be something new to discover. If there is no wind (something that rarely happens, but anyway), you can try numerous other activities, from hiking (Mount Zas or Zeus is 1,004m. high and there are also the Koronos and Fanari mountain tops) and mountain biking to scuba diving and snorkelling.

You can also explore the inland and villages like the picturesque Apiranthos, where you can find restaurants and taverns with the traditional dishes of the local cuisine, made exclusively with Naxos’ famous products.

The island has been self-sufficient since the ancient years, with its own agriculture and stock-farming. It produces olive oil, wine, honey and its potatoes are known in every corner of Greece.

See more of Greece. Checkout the best spots for kiteboarding in Limnos here.

Checkout some schools from Greece