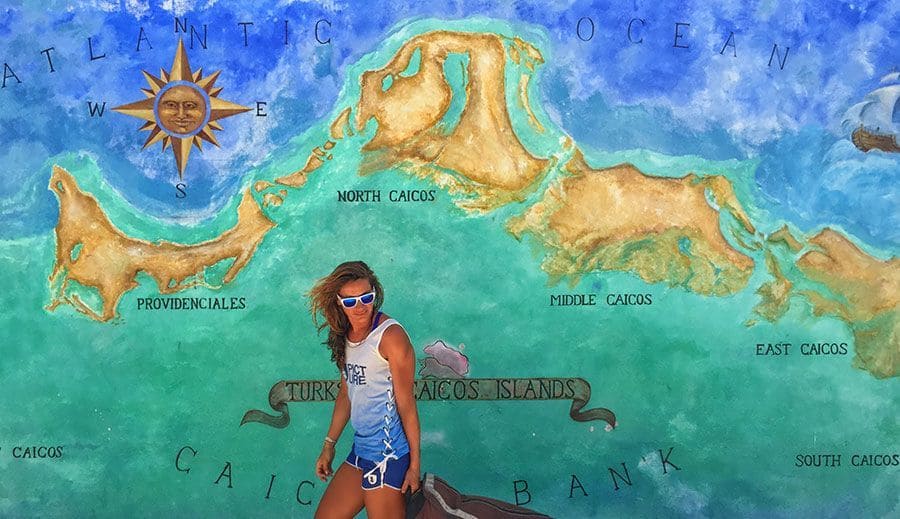 The complete guide to the best kitesurfing spots in Providenciales

Providenciales, or Provo, as the locals like to call it, is an island in the Northwest Caicos Islands and a part of the Turks and Caicos Islands, a true gem in the Caribbean with white powder soft sand beaches and just the most amazing pristine clear waters. The islands are known primarily to be the offshore tax haven, but are still relatively new to the world as a tourist destination. And let’s be fair, it is not exactly cheap kitesurfing holiday destination when it comes to the decisions. It comes with the premium.

But if you do make your way to the Turks and Caicos, you will have the chance to combine kitesurfing, exploration with relaxation and seclusion. What else could you possibly ask for?

The wind & weather conditions are just perfect and most of the main kitespots are perfectly suitable to all levels of experience and the spectacular scenery is just what you’d expect to enjoy in the Caribbean!

Living conditions in “Provo”, which, according to Wikipedia was ranked the best beach destination in the world by TripAdvisor in 2011 , were rather primitive until the mid 1960’s.
There was not a single vehicle on wheels on the island and things like roads, electricity, running water supply or phone connection were non-existent.

The process of development really started in the 1980’s, when the first major hotel and first the casino complex were built. Providenciales had become popular tourist and kitesurfing destination only in recent years.

So windy you won’t believe it!

Apart from the picturesque nature itself, the wind conditions have also been generous with Providenciales. The winds averages somewhere around 10-25 knots with North-east trade winds in winter and East-southeast trade winds in summer making it just the best kitesurfing destination for the beginners, especially those taking kitesurfing lessons will appreciate.

The main kitesurfing season in Providenciales starts at the beginning of November and runs until mid or even end of August. The wind tends to pick up and stay more consistent from December onwards and keeps nice and steady until late June.
The best wind and swell comes in February and March. The remaining months from August to October are somewhat unpredictable. The weather can bring an awesome wind and waves, but other than that, these months are the hurricane season in Provo and chances for good kitesurfing conditions in this time of year is pretty slim.

A car is definitely the most convenient way to get around Provo, especially for kiters, who tend to explore distant beaches. Watch out for the dirt roads and don’t forget to drive on the left: Turks and Caicos are a British Overseas Territory.

So where to pump up?

The Island’s hotspot that offers some great conditions not only for the beginners, but also for the seasoned kitesurfers polishing up on some new tricks. If you’re planning to take your kitesurfing lessons, then this is the place you’ll most likely be practicing.
Long Bay is 4km long sandy stretch of beach with just about a meter deep water, the area so wide, that you can walk nearly 2km into the ocean with the water level still reaching only to your waist.
The tides can changes the conditions quite significantly. At high tide, the water level raises to about shoulders deep and the surface turns a bit choppy. Low tide makes the entire bay incredibly flat. The wind in Long Bay is mainly onshore from Southeast, especially the summer, but quite often turns Easterly during the winter months.

Mostly known as the Emerald Point between the locals, might be a cracking choice for the day.
Not the friendliest kitespot for the beginners with a few hazards to watch out for, but the spot offers a bit of this and a bit of that. The water is deep, mostly flat, but often choppy. Small waves are in the channel. There is often a strong current going through the channel and usually heavy boat traffic.
The winter months typically bring a good swell, so you’ll find some epic waves on the outer reef at this time, especially around January and February. Awesome ride, but safety boat is a must!
If you’re going for the reef, keep an eye on the tides as the low tide will expose the sharp coral.

This is a 10km long sandy beach with lots of space, but heavy tourist traffic. Grace Bay is the popular tourist hotspot for the big resorts, many provide their own swimming zones. Better keep away from these to avoid any accidents involving swimmers.
Particularly popular spot on Grace Bay beach is The Bight Park. This kitespot is shared with the local sailing club and many of them are beginners, so just make sure to keep a good distance and know your kitesurf etiquette.
The water here is mostly choppy with a small wave. Wind is cross-on and onshore, best in the summer months when the trades reach between 15 – 25 knots.

This is a nice little sandy bay more known by the locals. The water here is quite shallow, maybe a bit too shallow when the tide is low, so it’s the best talk walk a couple hundred meters or so for a better depth. The area here is a little bit rocky, so that’s something to watch out for. Although the wind is a bit gusty, it pick up pretty well especially during the summer months with the tradies from South to Southwest.

Also known as Kite Arena. This spot is a set of few different kitesurfing spots that work together really well in building up an awesome kite arena, hence the name. The water here is just the most beautiful blue, crystal clear surface reflecting the sun rays.
The best place to launch is at the very south point of the Five Cays, It’s a little sandy bay with plenty of space for launches, shallow water and a small wave. From here ride a bit more down South until you pass a small fishing marina. This would be your second spot called the Fisherman Lagoon. This is a beautiful lagoon with butter flat water and a couple of tiny islands in the middle.
Get out of the lagoon and continue down South passing a couple of white deserted beaches with access only from the sea. That would be your third spot. Continue down the coastline until you reach the Southernmost point of the island with a beautiful lagoon and a shipwreck in it. This last spot is called the Wreck Lagoon. This is a cracking spot with a spectacular view.

If you feel like venturing out of Providenciales a little, get few mates together and organise short boat trip to the nearby Parrot Cay. It is the last of the small islands in between Providenciales and North Caicos.

This kitespot is blessed by strong trade winds during the summer months. Frontal wind during the winter brings an awesome swell and waves out on the reef. Water is crystal clear with few shallow spots, mostly choppy with a small wave.

Winds are almost always present in the Caicos islands, but if you get in the mood for something different, other watersports, such as snorkelling and scuba diving, would be the usual alternative. The islands are packed with some of the most amazing colourful sea life, so make sure to check it out.

You will find the most beautiful snorkeling beaches on the Northern shore of the island near Grace Bay. The coral reef here is rich in aquatic species of flora and fauna.
Southern coast of Provo has a great number of small cays to go snorkelling too. Check out the Chalk Sound National Park, an eye candy lagoon with the clearest “Caribbean Blue” waters.

If you’d rather stay dry, you could take a road trip around the island and go check out the Middle Caicos Caves, also known as Conch Bar Caves. It is the largest chain of limestone caves in the Caribbean. Based on discovered artifacts, it is believed that the caves once served as a shelter or possibly a religious site sometime back in 1400’s, but the official records of the caves date back to 1880’s, to the guano-mining period. Carved names of the miners and dates are visible on the walls of the caves today.

Checkout some schools from Turks and Caicos Islands